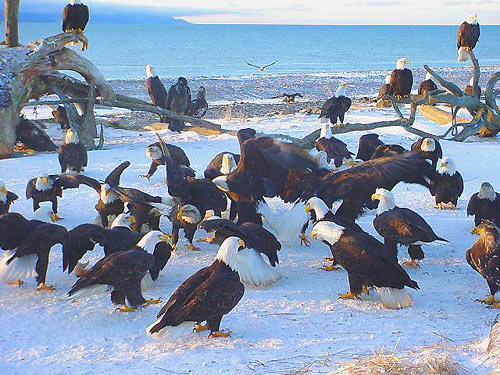 These Bald Eagles are truly magnificent… breathtaking! It has been commonly reported that these pictures originated from Vancouver, British Columbia. Actually, these incredible pictures were taken on the Homer Spit in Homer, Alaska, where the eagles were regularly fed by Jean Keene, known as the Eagle Lady. 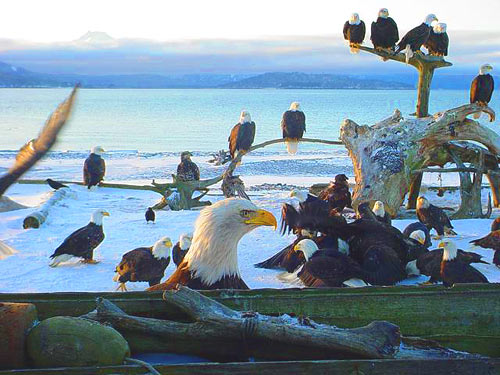 Some Eagles cluster around pieces of fish… 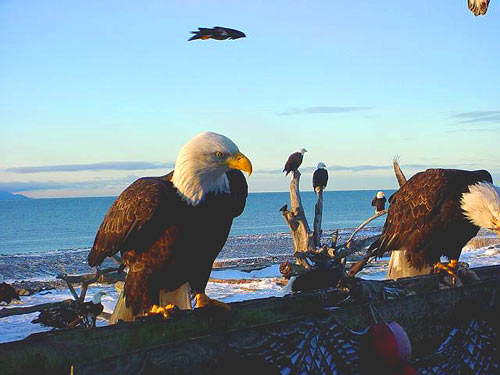 Waiting their turns. Notice how strong and silent they look… 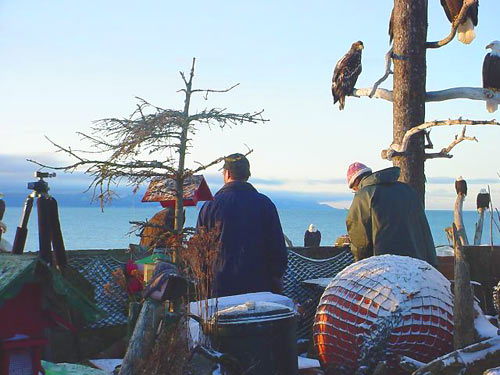 About Jean Keene and These Magnificent Eagles
During the Winter months and early Spring, approximately 200 to 400 eagles would show up in Homer along the coast, along with a number of crows and gulls. Jean Keene would feed them almost 500 pounds of fish or other sources of meat that she collected from a nearby fishery and other sources. She would also purchase surplus or freezer burned fish using her own Social Security and retirement benefits.

Visitors would come regularly to view Keene feeding the birds, but they were required to remain in their vehicles for the safety of the eagles and themselves.

Jean died several years ago. Upon her death, a new ordinance was enacted prohibiting the feeding of the eagles, so that they would be independent on their own without supplemental feedings.

Update Information: Thanks to Karen at the Hancock Wildlife Foundation and Wikipedia for contributing to the updated information. It has been wrongly reported on the Web that these Eagle images were taken in Vancouver, British Columbia, Comer, and more recently, Minnesota.

One Response to “Astounding Eagle Pics”